Title: The Reckoning At Gossamer Pond

About the book: It’s a story following two female protagonists, Libby and Annalise.

Book has been provided courtesy of Baker Publishing Group and Graf-Martin Communications.

First impressions: I read Wright’s debut novel, The House on Foster Hill, earlier this year. I liked it, so I figured I’d read another book by her. The stories are similar in style but different in many ways.

I think the cover is great. I also feel like the colours help establish the tone of the book.

Characters: I love that everyone is flawed, especially the main characters. They all seem to have secrets, and that makes them more relatable.

The female protagonists are great, and the male characters are likeable as well.

“Never refrain from saying what you think.”

Writing: The story jumps between the past and present. I think Wright did a good job because the novel flows well.

There is more suspense than romance, which is totally fine by me.

Final thoughts: I didn’t predict the ending, but I enjoyed it nonetheless. One antagonist is more surprising to me than the other.

Overall, The Reckoning At Gossamer Pond is a good read. It’s not my favourite, but I had fun. If you like romance, religion, and suspense, check out Wright’s latest novel. 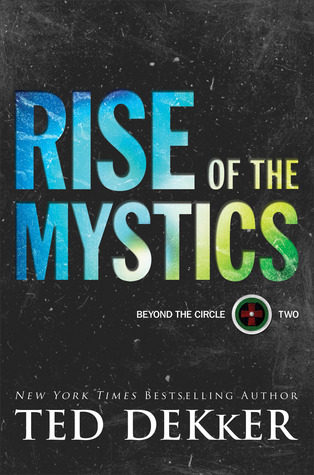 Title: Rise of the Mystics

About the book: It’s the second novel in a duology called Beyond the Circle.

Book has been provided courtesy of Baker Publishing Group and Graf-Martin Communications.

First impressions: I read The 49th Mystic earlier this year, so I wanted to know how the story would end. The beginning didn’t start off as thrilling as expected, which is why it took me a while to get into the book. But things got more interesting as the plot developed further.

Characters: The protagonist is a young girl named Rachelle Matthews. She’s easy to root for. There are more characters to keep track of this time around. Some of them aren’t as likeable to say the least.

“Forgive everyone because they’re only doing what life taught them to do.”

Writing: I enjoyed the storyline with Rachelle on Earth more than when she’s on Other Earth because it was more realistic and relatable.

The middle was okay, although some scenes felt a little flat in my opinion. I wanted more action and less explanation at times.

I preferred the pace of the first novel more than the second. Personally, the book strikes me as very philosophical.

There’s a healthy dose of dialogue and description. I tend to prefer the former over the latter, and this time around was no exception.

I think some things went over my head, especially the more religious allusions. I’m not that well-versed in theology. Nevertheless, the references taught me stuff I didn’t know.

Final thoughts: I liked the ending the most.

I’d recommend reading the first novel before starting the second one. That way, it’s easier to understand what already happened and what’s going on.

Overall, Rise of the Mystics wrapped up the series nicely.