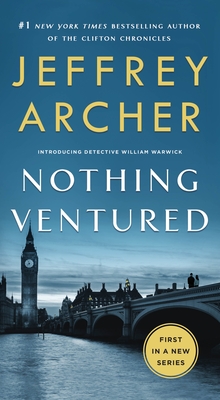 About the book: It’s the first in a series that follows William Warwick. He investigates the theft of a Rembrandt painting that’s currently in the hands of an art collector with an influential lawyer. William also meets Beth, a research assistant at the art gallery, and they fall in love, but she has a secret that she doesn’t want him to find out.

First impressions: I’ve never read anything by Archer before, but I was excited to delve into this story. I thought the novel would focus on just one storyline, but William and his team look into multiple cases.

Characters: I thought the book would mainly revolve around William, but it jumps around a lot. As such, I wasn’t as invested in the characters, especially in the beginning. William and Beth’s relationship develops fairly quickly, but it gets more interesting as the story progresses.

“Reputation is the shield of the righteous in difficult times.”

Writing: It’s a little over 400 pages with short chapters and scenes. The writing is simple, but there are a lot of different parts to the plot.

Final thoughts: The pace picks up at the end, and there’s a bit of a twist that might entice readers to check out the second novel in the series. While Nothing Ventured is a quick and easy read, I feel like this story could have worked better as a movie than as a book.

You can add me as a friend on Goodreads to see what I’m reading.