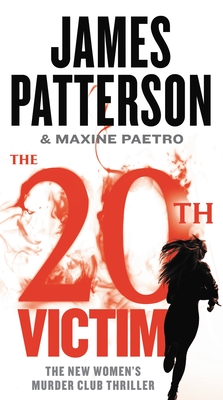 About the book: It’s the twentieth book in the Women’s Murder Club series that follows Lindsay Boxer, an SFPD sergeant, as she investigates a string of murders. She finds out that the victims were dealing drugs, and the shooters are preparing to kill again.

First impressions: A few years ago, I read another book in the series. The premise of this one sounded promising, so I was curious to see how the story would unfold. It would be easier to pick up the books in order, but they can be read on their own.

Characters: There are a lot of different characters, so I found it tougher to keep track of everyone. The story follows a group of four women in Lindsay, Yuki, Cindy, and Claire. They work in different professions, helping to solve various crimes together. I appreciate that the main cast is diverse.

“Now he is left to take the weight of justice alone.”

Writing: The writing is simple, and the sentences are short. It’s a little under 400 pages, but the pacing felt slower in the middle. Patterson and Paetro weave multiple storylines, and I was more invested in some than others. I think that’s partly because I haven’t read most of the other novels in the series.

Final thoughts: The ending ties up loose ends, and everything is explained. At times, I could predict what would happen next, so the twists and turns weren’t that surprising. The 20th Victim is a crime thriller with many moving parts.

You can add me as a friend on Goodreads to see what I’m reading.