Have a good weekend. I’m sending you bloggy vibes!

Frosh or orientation or whatever you want to call it is creeping up on me.

My posts for the next five days have already been written and scheduled. This is the most I’ve had to pre-blog. Yes, I just said pre-blog. Fingers crossed they all go up without any issues.

I will try my best to respond to comments in a timely manner. More importantly, I hope to comment on other blogs as much as possible.

If I’m not happy with my blogging (in)activity, I’ll play catch-up over the weekend.

Embarrassing photos and stories may be coming your way.

I can’t go in and leave without buying something. I want to believe I have self-control and can restrain myself without help. But then I come out with a bag. Or two. Oops.

I’m about to go this weekend. Though I really should be saving money to buy textbooks. Those things are expensive.

How did I go fifteen years without having this problem? I have no idea.

After reading this post, you may think I don’t read at all. That’s not the case. I just haven’t gotten around to reading the ones listed below.

Divergent (and Insurgent and Allegiant) by Veronica Roth

I will start Divergent sometime in the future. I have a copy of it on my bookshelf. It’s one of several books I owe but haven’t gotten through yet. I’m not lying.

I saw the cover for “Glass Sword” just now. The two books side by side are gorgeous together. I’m just worried the story might disappoint.

Throne of Glass (series)/A Court of Thorns and Roses by Sarah J. Mass

It’ll happen. Galit, thanks for your recommendations. I see them, I do.

The Book Thief by Markus Zusak

How late am I? To be fair, I think I’d enjoy the novel a lot.

Paper Towns/Looking for Alaska/An Abundance of Katherines, basically anything except The Fault in Our Stars by John Green

Come to think of it, I haven’t read anything of hers. I know I know. It seems like everyone and their dog has read Harry Potter (or watched the movies). I know enough about the books to get by. I’ve been called Hermione way too many times. I’ve been compared to her as well. I’ve also had people spell my name like that. You have no idea how much that used to frustrate me. And it’s probably the closest I’ll ever get to reading a book with a character who’s similar to me in many ways.

How much respect have you lost for me?

Convince me to read any of these, especially Harry Potter, and I’ll send you a copy of my first book. If it ever gets published.

Enjoy what’s left of your weekend. Get some reading done.

I thought I had to choose between writing or blogging. That is taking a writing class or a blogging course in university.

But upon closer evaluation, I realized I didn’t have to.

The individual who allowed this to happen, you have my thanks forever.

As if it wasn’t evident enough, I just can’t pick one over the other.

My world is well going into the weekend.

Hope you had a splendid Friday. Have a fabulous Saturday and Sunday.

Take this in: March is nearing an end. April is almost here. It’s the last weekend before Camp NaNoWriMo officially begins.

Whether you’re planning and outlining or partying and oversleeping, I hope this weekend treats you well.

May it be a positive yet productive one.

Remember to enjoy yourself.

Good luck to anyone who is participating in NaNo. Even if you aren’t, promise me you’ll try to write as much as you possibly can this upcoming month.

It’s just my luck to fall ill on a day I have two presentations with another one the day after.

Throwing up is never a pleasant experience. It never will be.

At least the week is over and the weekend is here (finally).

Have a good one.

Use the next two days to rest, relax, and recover.

These two just don’t go together.

They are like fire and water, cats and dogs, deserts and oceans.

I’m falling desperately behind in school but catching up on my NaNo novel.

I guess I have plenty of work to do this weekend if I plan to write as much as I want to while staying on top of my course load.

Have a good one. Thanks for sticking around. 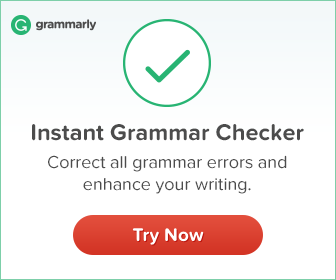